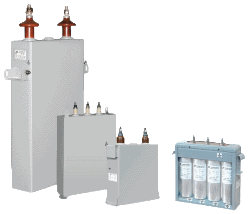 The main consumers of electricity in industry are inductive receivers such as induction motors and transformers. Their work is connected with the consumption of reactive energy to create electromagnetic fields. Reactive power produces no useful work, but circulates between the receiver and the current source leads to an additional load generators and power lines, and hence reduces the power factor of the network. All this increases the loss of electric energy to heat the wire and cable networks, as well as the windings of electrical machines, leads to the need to increase the apparent power generators and transformers in stations, increases the voltage fluctuations, as well as entails underutilization of capacity prime movers.

Generation of reactive power in the consumer usually called reactive power compensation, and the most convenient and economical source of its power factor correction capacitors are performing functions energy saving and improve the quality of electric energy equipment.

Low-voltage power factor correction capacitors
In capacitors designation, B – Block design. Capacitor of KEB type is assembled from separate KPC capacitors with power 12,5 or 16,7 kVAr.
The first number after type – rated voltage in kV,
the second – rated power in kVAr.
Permissible excesses: as per voltage - 110 %, as per current - 130 %. KEC capacitors are impregnated with ecologically safe dielectric fluid and equipped with discharge resistors and internal built-in fuses.